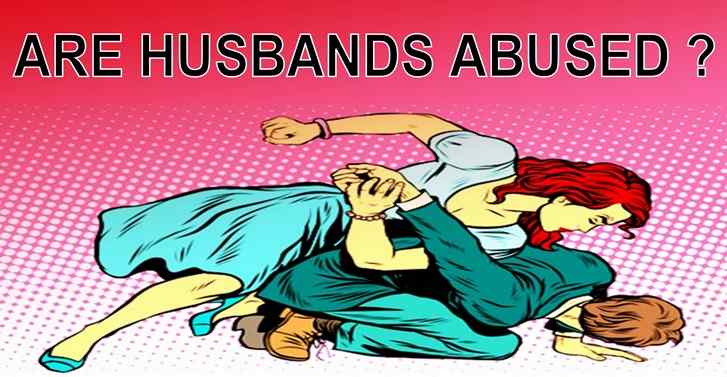 Not only women but men also end up in an abusive marriage or relationship. It does happen frequently irrespective of region, cultures, age but many do not report as they might feel it is a matter of embarrassment to them or they would not be trusted or might be due to some other reason.

It was thought for a long time that only women go through an abusive relationship. It could be vice-versa too. Abused husbands need not be believed even by his friends as they might find it difficult to think that such things can happen. So even if husbands are abused, they might not come out and tell it out.

Husband might suffer violent reactions from his wife and can cause him injuries. These injuries can become fatal too. These types of physical abuse make the husband lose his confidence and self-esteem. If this kind of abuse is after children born in marriage, then the husband is silenced when the children are threatened.

More damage is brought in by mental abuse by his wife. The emotional, verbal abuse by wife can bring in more harm than physical. It can be embarrassing a husband in front of near and dear or friends, condemning husband, be possessive to the extent of obsession, blaming husband for everything or finding fault with him or comparing him to other husbands.

There is also abuse happening when the wife tries to spend money uncontrollably and purposefully so as to put her husband in debt, stress, and anxiety. Do something or other so as to make others believe that her husband is the reason and is to be blamed. This will make others believe and in a way, they might abandon him which affects him more psychologically and does not have anyone to share or get advice. In this way, the husband gets isolated and blamed for things that he has not done.

Husbands who are in abusive marriage need to be freed from such marriage which can hurt or harm his confidence and dignity. Just like wife in an abusive relationship should be rescued, even a husband requires such help.