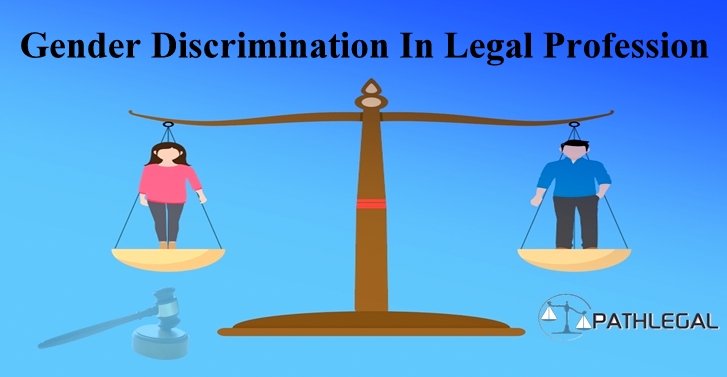 The number of women practicing law has increased globally. At the same time, Â progress differs in each country. Only after 2000 did women started to practice law globally in numbers that indicated any structural need for equity between genders.

Gender equityÂ is the process of being fair to women and men. Gender equity is about fairness as well as recognition that technology is a great equalizer. The gender of the person doing keyboarding, research, case preparation, or appearing in Court is no longer relevant. Itâs as out-of-date as the old typewriter.

Fairness is the norm of the 21st Century. The time of gender equity in education, in examinations, and in the use of technology is here. To ensureÂ fairness, strategies and measures must often especially compensate for women's historical and social disadvantages which prevented women from otherwise operating on a level playing field in the past.

EquityÂ then leads toÂ equality. The proof of this is in the century-old slogan âEqual work for Equal Payâ that arose after World War I mobilized millions of women to do every kind of job in their countryâs war effort.

âRosie the Riveterâ was the media icon associated with female defense workers during World War II. Since the 1940sÂ Rosie, the RiveterÂ has stood as aÂ symbolÂ for women in the workforce and for women's independence.

While needed, women were mobilized and had both equity and equality. What gave major strength to the âEqual Pay for Equal Workâ efforts of the overall Womenâs Movements was when the push came to âdemobilizeâ these very same women when World War II ended.

âDemobilizationâ was meant by the men in power in every country around the world as a surrender by these millions of working women of their salaries and social equity. The Womenâs Movement today continues the struggle. Yet Rosie is still demobilized.

India and China have the lowest number of women practicing law while Latin America, the former Soviet Bloc countries, and Europe have the highest. The law is becoming more representative of its diverse constituents worldwide. The sex division is still the most persistent and arguably deepest divide in the world today

Professor Rosemary Hunter, in her book âWomen in the Legal Professionâ has found that that ââ¦ women are clustered in the lower ranks of the professional hierarchy â¦ and at the lower levels of various sections of the profession, including the courts, law firms, and academia. Correspondingly, women lawyers earn lower incomes on average than their male counterpartsâ This is a finding echoed around the world.

Consider the problem of sexual harassment as one example of how gender inequality demands an ethical frame. Dr. Catharine MacKinnon was the first to define sexual harassment ââ¦as the unwanted imposition of sexual requirements in the context of a relationship of unequal power.

Further, she writes: ââ¦Women continue to be systematically disadvantaged by patterns of behavior bv, often unconscious or taken for granted, where no one can be technically blamed.

Explicit and implicit forms of gender discrimination, as well as institutionalized processes and expectations that were designed with men in mind, means that our expectations for gender equity do not necessarily translate into the choices and actions of gatekeepers to power, authority, and resource control..â

You see this everywhere when a woman starts her professional life. Male colleagues ask about when she is going to get married. She is effectively deprived of equity. Â

There are differences around the globe when it comes to gender equality. More change is needed.