What Are The Causes For Sexual Harassment? 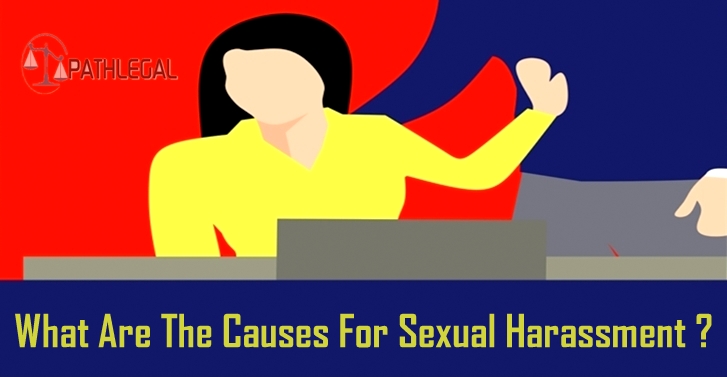 Sexual harassment is are more likely to happen to a woman. They often become the victims because they lack power, are in more vulnerable and insecure positions, lack self-confidence, or have been socialized to suffer in silence than men.

The definition is: Sexual harassment in the workplace is unwelcome or unwanted attention of a sexual nature from someone at work, that causes discomfort, humiliation, offence or distress, and/or interferes with the job. This includes all such actions and practices of a sexual nature by a person or a group of people directed at one or more workers.

Women tend to be in low-ranking positions, dependant upon the approval and goodwill of male [superiors] for hiring, retention and advancement. Being at the mercy of male superiors adds direct economic clout to male sexual demands... It also deprives women of material security and independence which could help make resistance to unreasonable job pressures practical ...

For the purposes of this discussion, I am focusing on the relationship between a powerful man and a less powerful woman.

Some of the causes of sexual harassment are:

Socialisation issues:Â  The way in which men and women were brought up to see themselves are different. They have different behaviours and always have male-dominant thought. Harassment is often closely linked to prejudice in general, and to sexist attitudes. In many areas, women are thought that they are born to please men and also that they are dependent on men.

Credibility issues: Men who are brought up in a good family, who knows how to respect women should not consciously exploit their power to sexually harass aÂ  person who is realistically the weaker. Â But there are men who donât know how to respect women and maybe mentally affected. I should say men also get sexual harassments.

Confusion over attraction issues: In a world where affection and love between individuals are difficult due to cultural and societal reasons, attraction to a co-worker is a complication.

Based on the research available, my suggestion is that the person feeling sexually harassed should take the initiative to discuss privately with the perceived harasser. To do so, the sexually harassed person has to take the risk of consequences. Thereâs no way to avoid this.

However, if for whatever reason, the behaviour is not meant to be sexual harassment, but confusion on the part of the more powerful person over attraction issues, such a conversation will surface these feelings.

This will allow both people to say what they feel. The advice is that itâs better to say what you have to say since you canât know for sure the outcome. If a relationship with its own boundaries and understandings can be worked out, the person feeling sexually harassed may be able to save their job and/or situation without loss.

There is a risk in this, as in everything in life.